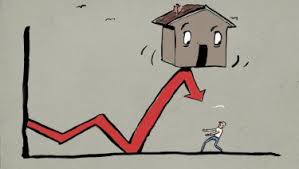 What does 2020 have in store for the property market ?

The new year is upon us, and with it comes hope from buyers and sellers alike that the property market has entered calmer waters.

Whether you are a first-time buyer looking to get on the property ladder, a buy-to-let investor toiling over whether to stick or twist, thinking about downsizing to retire or have a growing family looking for somewhere larger, it is safe to say that house prices will remain a hot topic throughout 2020.

So, what happened in 2019? House price growth flattened out across the UK in 2019 amid wider economic uncertainty. The most recent data from the Land Registry shows that the average UK house price rose to £250,677 in September, up £2,500 in the space of a year. The biggest year-on-year growth came in Northern Ireland, where house values increased by 4%. A subdued market in England, meanwhile, led to rise of just 1%.

What will affect house prices in 2020? The result of the general election should provide a degree of certainty that will restore confidence in the property market. However, despite the election result Brexit is not yet set in stone. Yes we will leave on the 31st January but there may still be some economic volatility until trade talks are further progressed.

Further confidence may be on hold until February’s Budget, in which the government could introduce a stamp duty surcharge for overseas buyers. With reforms for first-time buyers and landlords also likely, we might not see an increase in the market until the spring.

When Brexit goes ahead, we hope to see more homes come to the market and transaction numbers therefore increase. However, this extra supply, although a good thing for buyers, may help to keep prices static and until buyer confidence completely returns the market will remain price sensitive.

At the moment it is a good time to get a mortgage as a first-time buyer, home-mover or landlord. But attractive rates and stiff competition will need to continue into the new year if the market is to fully revive.

So what are the house price predictions for 2020? Well we do not have a crystal ball so nobody knows exactly, but if the past couple of years are anything to go by, it is unlikely that we will see a slump or a boom, especially in a market where values shift and sway on a street-by-street basis.

What do the experts say?

Royal Institute of Chartered Surveyors: Up 2%. Surveyors say there will be no uplift in transactions this year, mostly thanks to a long-running stock shortage which it says will characterise at least the first half of 2020. RICS is also forecasting that rents will rise by an average of 2.5% across the UK, and slightly more in London.

Zoopla: City house prices to rise up to 4%. Northern cities will benefit more than those in the south and according to insight director Richard Donnell, “We expect a limited boost to sales volumes in London over 2020, but for price growth to be constrained by affordability factors with London prices expected to rise by 2.0 per cent over the year.”

Rightmove: Up between 2 – 4%. Again it’s the north set to benefit most, says the leading portal. “There will be regional variations. London is finally showing tentative signs of bottoming out, and we expect a more modest price rise of one per cent in all of the southern regions where buyer affordability remains most stretched” says analyst Miles Shipside.

Halifax: Up between 1 – 3%. The bank says that, longer term, a renewed focus on housing policy and increased infrastructure investment outside southern England, as pledged by the new government, will see a boost to house prices in the north - but these won’t come in time for this year’s market.

Knight Frank: Up 2%. London will not see any price rise this year but the rest of the UK will start a longer-term upward shift in prices - the agency expects them to rise by up to 4% annually until the end of 2024. Thanks to buy-to-let tax changes, expect to see some landlords selling up says the firm.

Savills: Up 1%. Savills gives figures for 2020 but tops them up with a five-year forecast. The overall trend is that the north west of England will see prices rising six times faster than those of London by 2024, as the Bank of England base rate rises gradually to 2% and transactions increase a little to 1.2m annually.

With the consensus that a modest increase is likely during 2020 what should you consider if you are buying or selling?

Should you require a valuation visit www.regal-estates.co.uk where you can either get an approximate instant valuation or send us a walk through video of your property for an accurate valuation.

Alternatively contact us on 01227 763888 to arrange a home visit by one of our property professionals.

What does a homebuyer look for when viewing your home?

Living near green spaces could raise the value of your home by £2,500