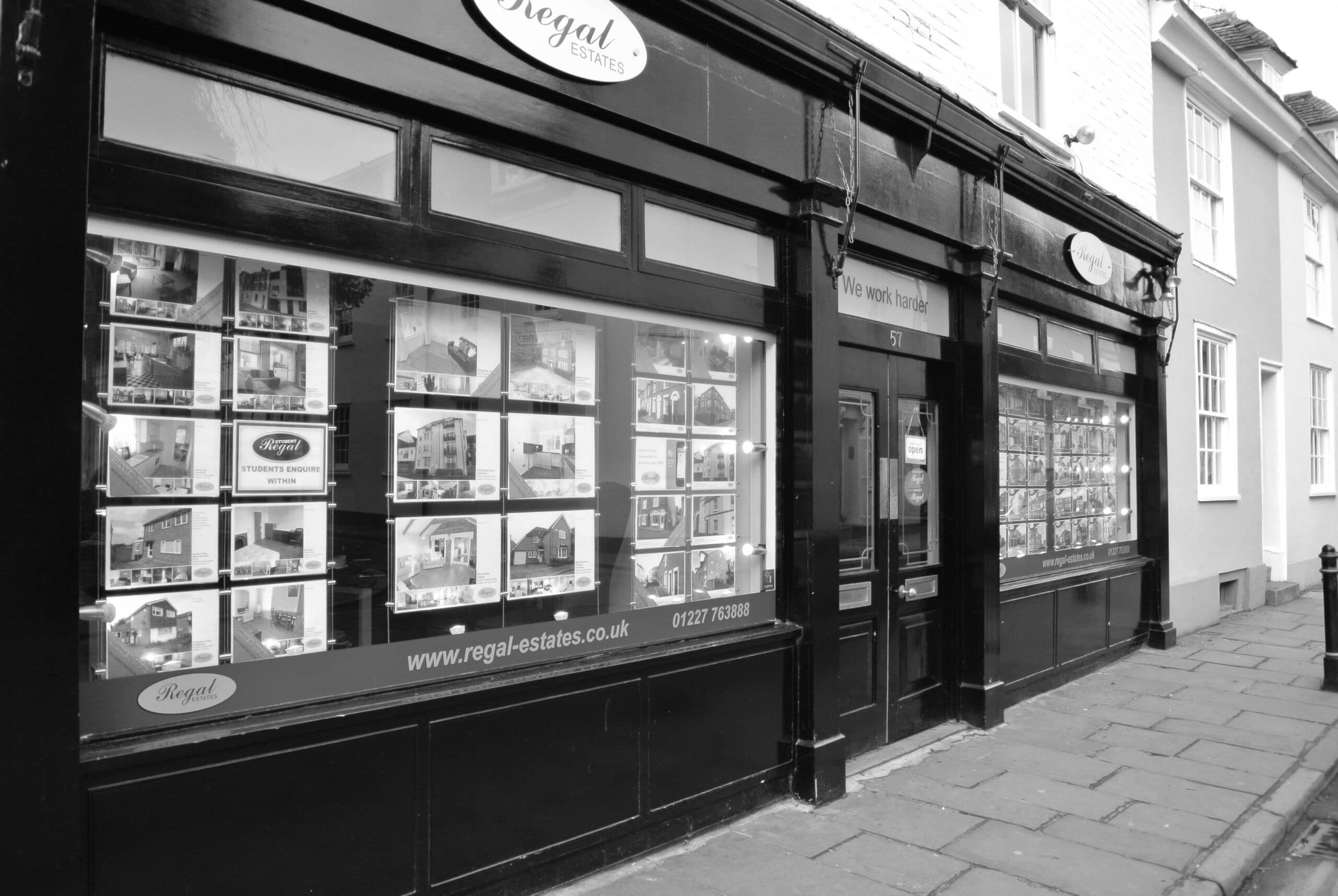 The most recent set of data from the Land Registry has stated that property values in Canterbury and the surrounding area were 10.28% higher than 12 months ago and 22.62% higher than January 2015.

Despite the uncertainty over Brexit as Canterbury (and most of the UK’s) property values continue their medium and long-term upward trajectory. As economics is about supply and demand, the story behind the Canterbury property market can also be seen from those two sides of the story.

Looking at the supply issues of the Canterbury property market, putting aside the short-term dearth of property on the market, one of the main reasons of this sustained house price growth has been down to of the lack of building new homes.

The draconian planning laws, that over the last 70 years (starting with The Town and Country Planning Act 1947) has meant the amount of land built on in the UK today, only stands at 1.8% (no, that’s not a typo – its one point eight percent) and that is made up of 1.1% with residential property and 0.7% for commercial property. Now I am not advocating building modern ugly carbuncles and high-rise flats in the Cotswolds, nor blot the landscape with the building of massive out of place ugly 1,000 home housing estates around the beautiful countryside of such villages as Upper Harbledown, Wickhambreaux and Ickham.

The facts are, with the restrictions on building homes for people to live in, because of these 70-year-old restrictive planning regulations, homes that the youngsters of Canterbury badly need, aren’t being built.

Looking at the demand side of the equation, one might have thought property values would drop because of Brexit and buyers uncertainty. However, certain commenters now believe property values might rise because of Brexit. Many people are risk adverse, especially with their hard-earned savings. The stock market is at an all-time high (ready to pop again?) and many people don’t trust the money markets. The thing about property is its tangible, bricks and mortar, you can touch it and you can easily understand it.

The Brits have historically put their faith in bricks and mortar, which they expect to rise in value, in numerical terms, at least. Nationally, the value of property has risen by 635.4% since 1984 whilst the stock market has risen by a very similar 593.1%. However, the stock market has had a roller coaster of a ride to get to those figures. For example, in the dot com bubble of the early 2000’s, the FTSE100 dropped 126.3% in two years and it dropped again by 44.6% in 9 months in 2007… the worst drop Canterbury saw in property values was just 17.2% in the 2008/9 credit crunch.

Despite the slowdown in the rate of annual property value growth in Canterbury to the current 10.2%, from the heady days of 13.28% annual increases seen in late 2014, it can be argued the headline rate of Canterbury property price inflation is holding up well, especially with the squeeze on real incomes, new taxation rules for landlords and the slight ambiguity around Brexit. With mortgage rates at an all-time low and tumbling unemployment, all these factors are largely continuing to help support property values in Canterbury (and the UK).

Great(er) Expectations: Why Canterbury Home Sellers are Having to Reduce Their Asking Prices by an Average of £15,300 Each

How often do people move property in the local area?